HAMMONTON—On May 4, 2022, the single-use plastic bag ban—signed into law by Governor Phil Murphy on November 4, 2020—will go into effect.

According to a November 2020 release, the ban “prohibits the use of single-use plastic and paper bags in all stores and food service businesses statewide.” 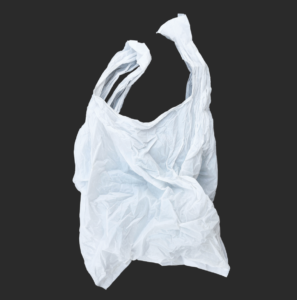 “Both plastic and paper single-use bags, as well as disposable food containers and cups made out of polystyrene foam, will be banned. Paper bags require resources and energy to produce, contributing to pollution. Moving forward, the focus throughout the state will be on using reusable bags,” the release said.

In the release, Murphy said that plastic bags are “one of the most problematic forms of garbage, leading to millions of discarded bags that stream annually into our landfills, rivers and oceans.”

“We are addressing the problem of plastic pollution head-on with solutions that will help mitigate climate change and strengthen our environment for future generations,” Murphy said in the release.

Amy Menzel, the communications manager for the Atlantic County Utilities Authority (ACUA) and the chair of the Hammonton Green Committee, said that with less than five months to prepare for the ban, now “is a great time to start, if you haven’t already.”

“Reusable bags are widely available—there are so many different kinds of bags, made of a variety of materials and in many different styles,” Menzel said.

According to information from the DEP, a reusable bag is defined as one being “made of polypropylene fabric, PET [polyethylene terephthalate or polyester] nonwoven fabric, nylon, cloth, hemp product or other washable fabric, and has stitched handles and is designed and manufactured for … a minimum of 125 uses and capable of withstanding multiple washes while maintaining usefulness and integrity.”

“There is no minimum thickness for a bag to be considered reusable. No single-use plastic carryout bags, regardless of the thickness of the plastic, are allowed to be provided or sold,” the DEP said.

Menzel said that reusable bags are often available for free as promotional items at community events.

“Keep an eye out for giveaways. The ACUA and the Green Committee have bags to share at events scheduled between now and the launch of the ban,” Menzel said.

Menzel said that one option is to make reusable bags from old T-shirts.

“This is a great way to repurpose a much-loved shirt that may have been outgrown. I love T-shirt bags because you can just toss them in the washer … No sewing skills are needed and directions are posted on the Green Committee website,” Menzel said, adding that the Hammonton Green Committee’s website can be found at hammontongreencommittee.com.

One important thing to develop, Menzel said, is making sure that residents always have reusable bags with them.

“There’s usually a bag of bags on the bench by the door at my house; after groceries are unloaded, bags are collected to go back out to the car … Some bags can be stuffed into a small pouch that’s part of the bag that makes a tiny package that can be kept in your purse or car; that way, you’re always ready,” Menzel said.

As the law begins to take effect, the question arises as to what to do with single-use plastic bags already in the home.

According to the DEP, customers may still continue to use their own bags that do not qualify as reusable bags under the law.

“The definition for reusable carryout bag only applies to the bags that stores and businesses are allowed to provide or sell to customers,” the DEP said.

“Shop Rite and other retail stores also have special bins to collect bags … you can bring them to the library or to town hall—there’s a dedicated collection container there. The Green Committee is collecting as part of an initiative with TREX, the company that makes recycled plastic lumber decking. We have a six-month period to collect 500 pounds of bags and plastic film in order to receive a bench made from bags,” Menzel said.

“Recyclable material should not be bagged in your cart, and plastic bags should not be placed in there either. Please remove the plastic wrap around boxes too. Bags are a huge problem for recyclers. Bags get caught up and tangled in the machinery that sorts the recycling and can damage equipment and slow the sorting process when the line has to shut down for workers to cut the bags loose from the machinery,” Menzel said.

Bernie Pezzuto, of JH Antique Mall, said that, as a customer, she has been preparing for the ban on single-use plastic bags.

“I bought bags at the grocery store to do my groceries,” Pezzuto said.

Pezzuto said that JH Antique Mall itself is ready for the law to take effect.

“We do always use paper. We don’t use plastic. A lot of times people just take their things because they don’t want to use paper, plastic or even a box. I think we’re already on our way to helping that,” Pezzuto said.

Additionally, Pezzuto said that JH Antique Mall is considering having custom reusable bags made with its logo.

“That would be one way to go, then people could just come back and shop with them again,” Pezzuto said.

Kelbie Brown, the manager of Tales of the Olive, said that it has been giving reusable bags to loyal customers.

“We don’t use any kind of single-use plastic. We recommend to our customers to bring paper bags back as well to reuse them, because they’re very sturdy. We do have those reusable bags that we give out to people; it’s more like a loyalty customer thing, but in the future we might add that on for an additional price,” Brown said.

At Perhaps, co-owner Ana Yanoschak said that a similar idea was being considered.

“We might get into some totes with our logo on it; I think that would be something that our customers would appreciate,” Yanoschak said.

For the time being, however, Yanoschak said that Perhaps will continue to provide paper bags to its customers as it has done since it opened.

“We actually try not to use that much plastic product to begin with; we’re mainly all paper. I hope everybody can figure it out, because it’s definitely going to be tough for some stores,” Yanoschak said.

Dana Carty, a cashier at 7-Eleven, said that she expects challenges with the new law.

“It’s going to be a little rough, because we have a lot of elderly people that come in that request bags because it’s easier for them to carry,” Carty said.

Carty said that the store has not yet made a decision regarding providing reusable bags.

“I know some places already have them and aren’t using plastic bags. I’m not sure, but probably,” Carty said.

However, Carty remained confident that 7-Eleven will overcome any obstacles it may face.

“Any challenge: bring it,” Carty said.

At The Golden Feather, co-owner Terri Sliwecki said that it should be largely unaffected by the ban.

“We don’t have plastic bags. We use paper bags; we have boxes if people want stuff gift-wrapped, but we try to push the paper bags,” Sliwecki said.

“We have the nylon ones for purchase that have different prints on them,” Sliwecki said.

At Lawrow Electric and Plumbing, owner Mike Lawrow said that he intends to use up the supply that he has.

“I don’t buy plastic bags. We’ve got some paper bags, some boxes and a bunch of plastic bags that we’re going to use up. We reuse bags from Wawa and everywhere else. We’re ready,” Lawrow said.

Lawrow also expressed consternation regarding some of the intent of the law.

“What are you going to do with all that plastic? You can’t ban it all,” Lawrow said, indicating plastic-bagged items hanging from pegs in his store.

Indeed, the law makes exceptions for a number of types of plastic bags. According to the DEP, those exemptions include bags:

Regardless, except for the items that come pre-packaged, Lawrow said that his store should be largely unaffected, noting that it even reuses paper bags.

“When I get a paper bag from somewhere else, I’ll fold it up and use them, too. I would think the paper is the best way to go, because it’s recyclable. So far, it shouldn’t affect us, because I’m going to wind down what we’ve got, then I’ll use the boxes and I’ll use the paper bags. I’ve got enough to last me about three years,” Lawrow said.

At Silver Coin Diner, co-owner and manager Chris Tzaferos said that decisions for the future largely depend on the supply chain.

“We use paper bags now for bigger orders, but we’re not sure what’s going to be available, so we have to ask around. When our paper people know what we’re going to be able to get, then we’ll make up our minds—but it’s definitely going to be more expensive for us, no matter what. You’re spending nothing on plastic bags now. Everything’s going up, no matter what. You can’t do anything about it,” Tzaferos said.

Tzaferos noted that the law will also ban Styrofoam containers beginning May 4, 2022.

“They’re going to stop Styrofoam too, which is OK, but it’s a pain because we use a lot of Styrofoam, like everybody else. Right now, they’re a better alternative, because the to-go containers we use now, the microwavable ones, used to be expensive at 50 cents apiece and now they’re about 85 cents apiece—so a lot of people are using Styrofoam now … When Styrofoam’s out, it’s going to be a problem, because now you’re going to have to use the paper, the molded paper ones which aren’t as strong as the plastic ones—and they’re two or three times the price,” Tzaferos said.

Also under the new law—as of November 4—food service businesses are only allowed to provide single-use plastic straws upon request.

“There are reusable options, and you can still request a straw if you really love them so much,” Menzel said.

Tzaferos said that the new law essentially “saves us on straws, but people want straws.”

“People like using straws. There’s a couple of alternatives that we can do. We can either give straws out that are made from plants that degrade in a year or so, or continue to give out regular straws if people ask—but we cannot freely put them on the table,” Tzaferos said.

Tzaferos said that the diner is investigating the possibility of switching to the biodegradable straws, but they cost markedly more than plastic straws.

“It’s just a bigger expense for us. In a time where everything’s crazy and it’s hard for us to get normal stuff, now we have to try to get stuff like that,” Tzaferos said.

While on a recent vacation, Tzaferos noted that some establishments were raising prices to make up for the increase in costs.

“People were adding to the price of the to-go order because of the cost of the paper; surcharging, too. We don’t do that, but some places do,” Tzaferos said.

Tzaferos remained confident that Silver Coin Diner will be ready in time for the new law, but—given the supply chain issues and the rise in the cost of supplies—there may be some growing pains.

For more information regarding the law, visit nj.gov/dep/plastic-ban-law/.

This story was produced in collaboration with CivicStory (www.civicstory.org) and the NJ Sustainability Reporting project (www.SRHub.org).